Dan Omstead is President of TCM and the Funds.  Dr. Omstead joined TCM in October 2000. Previously, Dr. Omstead was President and CEO of Reprogenesis, Inc., a private development stage biotech company developing therapies in the field of regenerative medicine. In 2000, Reprogenesis was merged with two other biotech companies to form Curis, Inc. Before joining Reprogenesis, Dr. Omstead was Senior Vice President, Research and Development at Cytotherapeutics, Inc., a public biotech company that developed CNS therapies. Prior to entering the biotech industry, Dr. Omstead was employed for fourteen years in the pharmaceutical industry at Ortho Pharmaceutical Corporation and at the R.W. Johnson Pharmaceutical Research Institute, both divisions of Johnson & Johnson and at Merck Sharpe and Dohme Research Laboratories, a division Merck and Company, Inc. While at J&J, he participated in the development of Orthoclone OKT3™, Eprex™/Procrit™ and other biological products. While at Merck, he worked on the development of Recombivax™, Mefoxin™, Heartguard™ and other traditional drug products. Dr. Omstead holds Doctoral and Master’s Degrees in Chemical Engineering and Applied Chemistry from Columbia University and a B.S. degree in Civil Engineering from Lehigh University.

Dr. Omstead is a member of the team responsible for making investments on behalf of the Funds and has overall investment decision responsibility.  Dr. Omstead has over nineteen years of investment experience.

Dr. Akus is responsible for investment research and due diligence in the biotechnology, medical device, and diagnostic areas and serves as a member of the team responsible for making investments on behalf of the Funds.

Dr. Gasperoni serves as Senior Vice President of Research at Tekla where he is responsible for investment research and due diligence in biotechnology, medical device, and diagnostic areas on behalf of the Tekla Funds.

Previously, Dr. Gasperoni was a Senior Analyst and Founding Member of Sabby Capital, a public and private equity fund focused on biotechnology and medical devices. Dr. Gasperoni was head of Sabby’s research function and led the firm’s venture investment arm.  Dr. Gasperoni was also a Partner and Senior Analyst at Crosswind Investments, LLC, a spin-off of Cowen & Co that managed small- and mid-cap growth funds. Prior to his career in financial services, Dr. Gasperoni served in consulting, operating, and scientific roles in the biopharmaceutical industry. Dr. Gasperoni holds a B.A. from Swarthmore College, an M.A. from the University of Pennsylvania, a Ph.D. in Neuroscience from UCLA, and an MBA from MIT.

Chris Abbott joined TCM in June of 2016. Previously, Mr. Abbott spent 8 years at Leerink Partners where he was a Vice President on the Equity Research team covering the Healthcare IT and Healthcare Supply Chain group. Mr. Abbott’s research efforts also focused on Healthcare Strategy and Healthcare Policy during his time at Leerink. Mr. Abbott graduated from Hamilton College with a B.A. in Economics and a focus in Pre-Medical Studies.

Mr. Abbott is responsible for investment research in healthcare services and healthcare facilities companies on behalf of the Funds.

Mr. Benson serves as Vice President of Portfolio Management at Tekla, where he is principally responsible for portfolio and risk management, performance analysis and quantitative research, as well as public and private biotechnology company due diligence on behalf of the Tekla Funds.

Previously, Mr. Benson spent over 15 years at State Street Global Advisors and Putnam Investments where he applied data science and fundamental analysis in managing long only equity, long short equity, multi asset class and derivatives strategies.  Rob graduated from MIT with a B.S. in Management Science and University of California at Berkeley with a M.S. in Financial Engineering.

Dr. Girskis joined TCM in August of 2021. Previously, she was an Equity Research Associate, Biotechnology at SVB Leerink where she did support coverage for biotechnology companies with a focus on rare disease companies. Prior to that, she worked as an intern at Ascentia Asset Management as a life sciences consultant. Dr. Girskis has a Ph.D. in Neurobiology from Harvard University and a B.A. in Neuroscience from the University of Southern California.

Rich Goss joined TCM in March 2018. Previously, Mr. Goss spent four years at Leerink Partners where he was a Vice President on the Large Pharma and Biotech Equity Research teams. Prior to that, Mr. Goss spent six years as a Healthcare Analyst at Datamonitor and four years in market research in Leerink’s MEDACorp division. Mr. Goss graduated from Cornell University with a B.A. in Biology.

Mr. Goss is responsible for investment research in biotechnology and pharmaceuticals companies on behalf of the Funds.

Jack Liu joined TCM in August of 2019. Previously, Dr. Liu was a Research Analyst covering healthcare equity at Weatherbie Capital. Prior to that, he held summer research analyst positions at Fidelity Investments and King Tower Asset Management. Earlier in his career, Dr. Liu spent two years as a scientist at Synageva Biopharma leading analytical projects in various stages of drug discovery and development. Dr. Liu holds a B.S. in Biological Science from the Tsinghua University in Beijing, an MBA from the MIT Sloan School of Management and a Ph.D. in Chemistry from Northeastern University.

Dr. Liu is responsible for investment research and due diligence of private and public companies in the biotechnology, medical device, and diagnostic areas on behalf of the Funds.

Mr. Seitz serves as a Research Analyst at Tekla where he focuses on pre-public and public biotech and pharmaceutical companies. Mr. Seitz was previously a Healthcare Analyst Intern at Nantahala Capital Management, focusing on healthcare companies, specifically biotech (oncology, rare disease, neuro, cardiovascular), medtech, services and digital health. Previously, he was an Associate at Excel Venture Management where he supported deal execution, fund strategy and portfolio management. Prior to his employment at Excel, he was an Analyst / Senior Analyst at Health Advances. Mr. Seitz holds a M.B.A. in Healthcare Management from The Wharton School of Business and an B.A. in Biology & German, Pre-Medicine from Williams College.

Loretta Tse joined TCM in July of 2015. Previously, Dr. Tse ran a biotech consulting business and worked with various venture funds and start-up companies. Prior to that, Dr. Tse was Managing Director, Technology Transfer and Industry Relations at Fred Hutchinson Cancer Research Center, where she ran an office that was responsible for protection and commercialization of research output and formation of start-up companies, was an Associate at Oxford Biosciences Partners, an early stage Life Sciences venture fund, and worked in business development at several early stage biotech companies prior to joining Oxford. Dr. Tse holds a Ph.D. in Pharmacology from Johns Hopkins School of Medicine and a B.S. in Biochemistry from University of California, Davis.

Dr. Tse is responsible for investment research and due diligence in the biotechnology, medical device, and diagnostic areas and serves as a member of the team responsible for making and executing on venture investments on behalf of the Funds.

Dr. Attipoe joined TCM in May of 2022. Previously, Dr. Attipoe worked as a Research Analyst for Eagle Health Investments LP overseeing global short- and long-term equity for a healthcare fund, focusing on biopharmaceuticals and healthcare services. Prior to that, Dr. Attipoe was as a M.B.A. Summer Consultant for the Boston Consulting Group and held a seasonal Investment Associate position at Windham Venture Partners. Dr. Attipoe holds a M.B.A. in Healthcare Management & Finance from the Wharton School of Business, a M.D. from the School of Medicine at Vanderbilt University and a B.S. in Biology with a minor in Chemistry from Duke University.

Mr. Attipoe is responsible for investment research and due diligence in the areas of biotechnology and medical equipment on behalf of the Funds.

Mr. Savitscus is responsible for trading operations and technical research of potential and existing portfolio securities. Mr. Savitscus has over twenty years of equity trading experience. 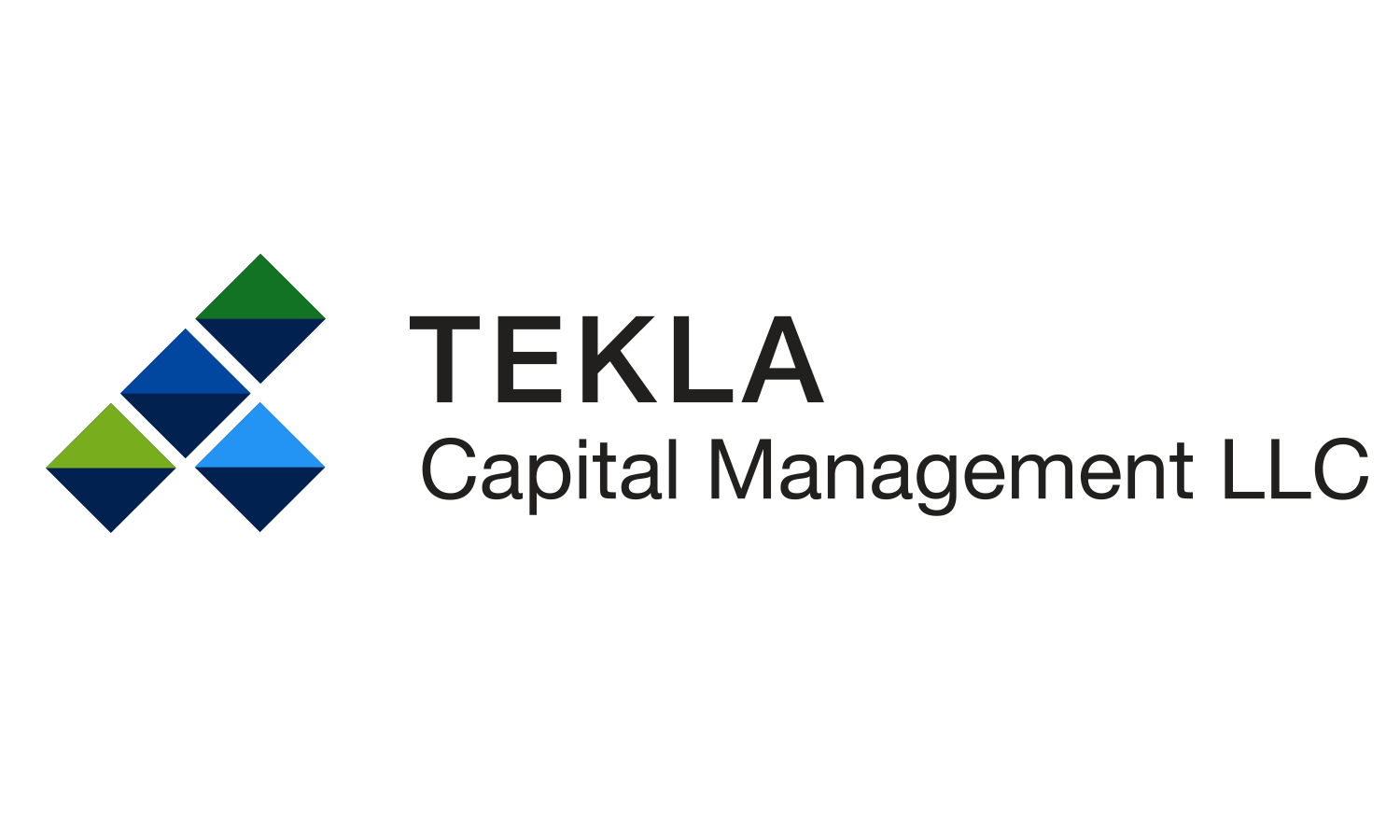